Good Luck is from Matthew Erman, Stefano Simeone, and Mike Fiorentino and is published by BOOM! Studios. This review will contain a plot summary and spoilers.

"Good Luck" hit comic shelves in June of 2021. It was hard to miss its cover, being drawn by Jorge Corona, and it was even harder for me to snub its bright colors. I have been known to pick up a book simply because it has a neon pallet. Color schemes may not be the best way to pick a book, but I had also been given a sneak preview. That certainly helped cinch the deal; "Good Luck" ended up on my pulls. It didn't disappoint! 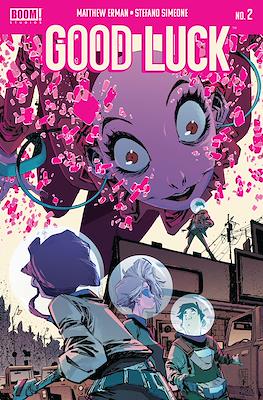 Matthew and Team present an alternative dystopian future in this 5-part mini series. Classism pervails; resources are tight; and the world is subjected a collective fear of some grander evil, but instead of an incurable disease, humanity is tormented by the whims and instincts of Luck. Beings suddenly started appearing across the world, and they soon came to be known as The Constellations. They were embodiments of celestial bodies and brought their powers to bear upon us mere mortals. They really changed up our society, creating classism built on whatever random percentage of "Luck" we were gifted at birth. Some were born lucky enough that everything worked out in their favor; others were born with no Luck at all.

Which leads to why our three heroes were the chosen few. Of all the people in the world, these three had absolutely zero luck. They were abandoned by family; had their bodies permanently altered; and would never succeed - no matter how hard they practiced. Life was all struggles for these folks, but some scientist thought to use their lack of Luck for the greater good. When the Constellations appeared on Earth, they created areas dubbed "kismet." In each area existed a "kismet core." Matthew and Team kinda hurried over the science, but possessing a kismet core had the potential to change the world - including ending the Constellations. The problem was that getting to this core meant overcoming impossible obstacles that were warping time and space! The scientist then theorized that those with No Luck had the best chance to survive, if only equipped with intense training and artificial Luck. If successful, they could change the world; they could help answer why they had no Luck at all. 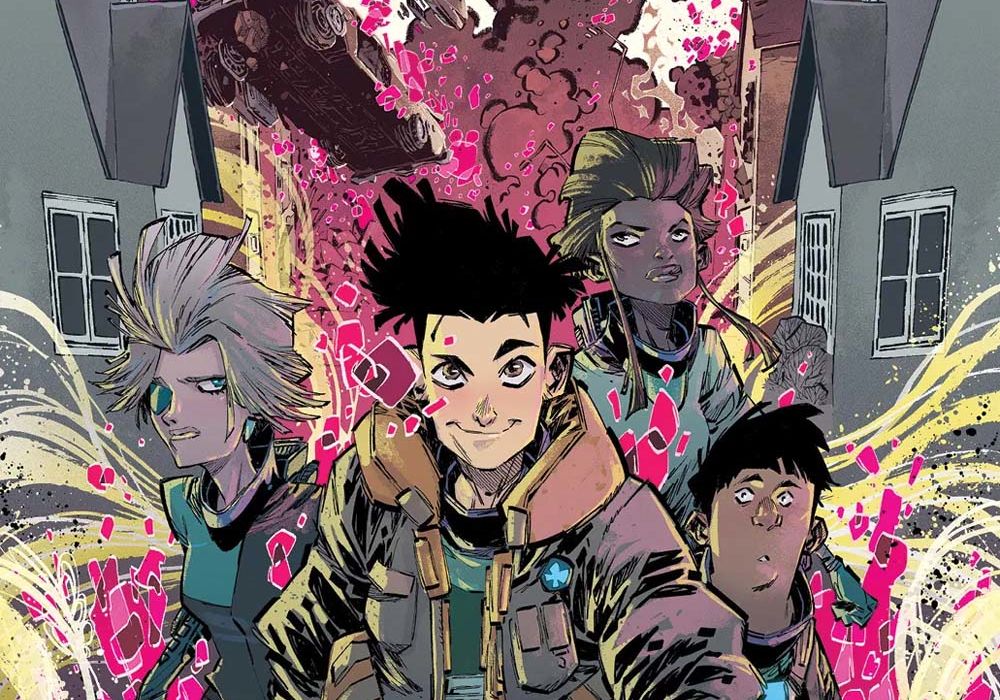 Matthew and Team then turn the story on its side. We sympathize with the heroes, as they are sent into the fray; as their lives are in danger; as they live the fantasies of being Lucky. We are angry when they are pulled from these fantasies and a Constellation blantantly tells them that they couldn't save the day unless they truly suffered, and what's suffering without knowing what could have been? We are then hit with the full reality of their kismet: death. This is also when I became completely angry about this story.

There's a quote about Liberty that implies that she's fucked on mattress of corpses, and an image about how Freedom feeds on the blood of sacrifices, and this story immediately pulled those quotes from the dark depths of my mind. Matthew and Team's story was one about hope, kindness, and perseverance; my interpretation was how cheap it is to immortalize those who make sacrifices in statues. This was a group of folks selected only because they were born with nothing, told they can change the world, and then let loose as cannon fodder. They wanted to live, but they wouldn't. They gave the ultimate sacrifice kindly and compassionately; the people who survived built them a statue. It left me with a bitter taste in my mouth. The world did not deserve the Heroes' compassion or sacrifice.

When it comes to quality, though, the book hits the marks. The art is great; the theming is great; and the writing is well done. There were some ending scenes where the art seemed rough, and my interpretation of the story made it difficult to accept the final lines about believing in "good luck" without scowling. Overall though, I'd read it again and recommend it to others. I wonder how I'd interpret it next time?